Lewis is one of the two main characters in the film. At first he doesn't realize he's a nerd and has an incredibly over-optimistic view of the world. By the end of the movie he comes to terms with being a nerd and reverts to his positive self by delivering a speech about being proud to be a nerd. He also becomes more debaucherous after he loses his virginity to one of the Omega Mu's.

Gilbert and Lewis have been best friends since kindergarten. Lewis often tries to make Gilbert look on the bright side of things with a reassuring approach.

Mr. Skolnick is Lewis's father. At the beginning of the film it is clear to see that he is where Lewis gets his confidence from. Lewis also inherrited his laugh from his father.

Betty is a cheerleader Lewis has a crush on. She can't be bothered to remember his name, and refuses to kiss him at a charity kissing booth, instead pushing the beastly resident advisor on him. Lewis dons a mask and hat, however, pretending to be her boyfriend and tricks her into having sex with him. She leaves her jock boyfriend for him and it is revealed in the third film that they eventually get married.

Diane is an Omega-Mu that Lewis loses his virginity to at a party.

Lewis shows an interest in computers and has strong math skills. 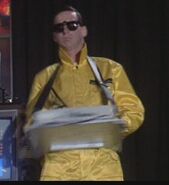 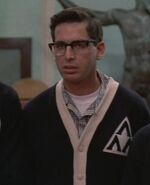 Lewis in his Tri-Lamb jacket. 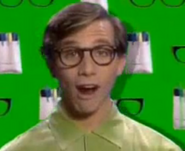 Lewis in the TV Pilot. 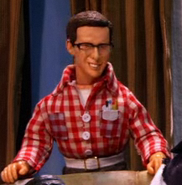 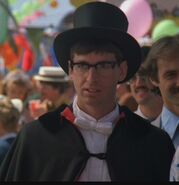